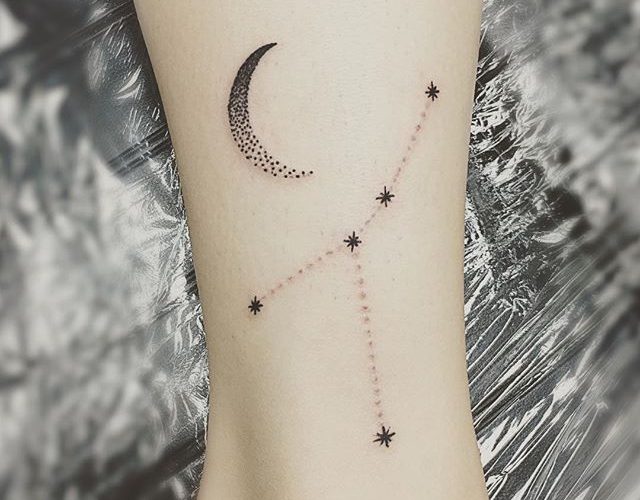 Discreet Tattoos Equal The Perfect Touch And Mean So Much

When it comes to the art of inking, sometimes discreet tattoos are strongly desired. The word “discreet” means something inconspicuous, subtle, unassuming, restrained, etc. There are moments we value those kinds of hidden tattoos and don’t want them clearly on display, unless we want to personally show them off.

For example, model Gisele Bundchen reveals her tiny, hidden work of art, every time she raises her left hand. There, quietly sitting on her left wrist is a star tattoo, and the only way you will notice it, is when Gisele raises her hand. She often displays the peace sign in her photos on the red carpet, and that is when this very small and symbolic inking is visible. It’s quite beautiful in its modesty and body placement.

Then, there is One Directions’ Harry Styles who sports a barely there, small outline of a clothing hanger on his upper left arm. Of course, its meaning is only known to Harry himself.

How about inventor Thomas Edison and his mysterious little inking? Talk about discreet tattoos ideas! This genius wore a subtle tattoo of a pattern of five dots on his right forearm. Think of the dots on the roll of the dice. By the way, Edison was also the creator of the electric pen that later became the modern tattoo gun.

Hidden tattoos are the ideal way to place beautiful body art in secret places or on parts of the body that are visible only when you’re moving certain muscles. Some people collect several of these discreet tattoos, because it’s fun, means something important to the owner or maybe “just because.”

The list of discreet tattoos ideas is almost endless. Any highly skilled tattoo artist can also create whatever concept you desire that doesn’t even exist in this universe. That’s because the beauty of ink is imaginative for recording certain personal moments in time.

When you’re looking for hidden tattoos to find a place on your body, script is one way to define a message. A lot of men and women enjoy placing quotes down their spine or behind their ears or along the back of their neck. It’s a striking piece of body work that uses words, instead of an image to adorn the skin. Sometimes, it’s one word that is placed on the body, and that single thought speaks volumes.

More discreet tattoos ideas include animal images like a black crow or cat, tiger or elephant, and numerous Disney characters are popular. Ancient hieroglyphics create amazing symbols of discreet inking, along with flowers, faces and numbers.

Matching discreet tattoos are another excellent way to show bonding and friendship. This kind of ink, for example, can feature one side of a heart symbol on a finger and the other matching side of the heart on another person’s finger. So, when holding hands, the heart comes together and becomes one symbol.

Perhaps, this famous star sums it up perfectly:

“Tattoos are like stories – they’re symbolic of the important moments in your life. Sitting down, talking about where you got each tattoo and what it symbolizes, is really beautiful.” ~ Pamela Anderson