What do people do when their arms, legs, chest, and back have been filled with tattoos? Some of these people begin new work on their faces. If you have tattoos on your hands, neck, and face, there is a unique name for you. Professionals refer to you as ‘job stoppers.’ This is because face tattoos, particularly, cut down the number of job opportunities for your future. Many employers do not like this look. If your neck and hands are marked, that is one thing, but if you start tattooing the face, this is where the line is drawn.

This is not to say everyone with face tattoos will be labeled in the future. Some musicians, actors, and other people in the art world can survive. For example, Post Malone. He will be performing at the Lollapalooza Festival this year. Or take a close look at singer Justin Bieber. Malone has “Stay Away” created in curly script on his forehead. Below each eye, he has “Always” and “Tired.” Bieber has a small tattoo under-eye cross.

Tattoo artists want people to know those face markings aren’t just put on the faces of men, rappers, or celebrities. Tattoo artist Kat Von D, who is also a model, offers a wash of blue stars that trail down from her forehead to her cheek. Instagram is loaded with photos of people with facial tattoos. Most of these Instagram models are young and proud to show off their new markings on their faces. 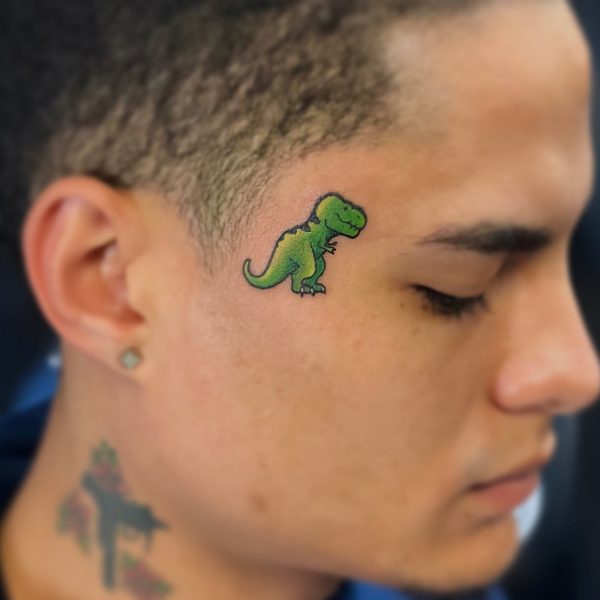 For many years tattoos were basically considered taboo on the face. Such work was considered as very extreme in body art. This is particularly true in Western culture. It was just members making up most of society who were put off. Even to tattoo aficionados, the face was the canvas of last resort and only marked when the remainder of the body was covered.

New York tattoo artist JonBoy, who put the cross on Bieber’s face, and who has tattooed a number of other celebrities. offered a joke by saying, “In the past, I’d walk on the other side of the street (if he saw someone with a tattoo on their face).”

Our society holds that it is wrong to judge others by the color of their skin. This now somewhat includes the swirls of green, pink, orange, violet, purple, and a mixture of various colors. Even so, people still become curious and ask themselves why. They would like to know why a person would, in their opinion, mistreat their face so severely. In the days of the Beatles, young men would wear their hair long. People have decorated their body, in different ways, throughout time. To some, they are making a personal statement. Some do it for money (they place ads on their face). For others, they are doing it for attention. Still, others are only doing it because they want to and they can.

Some of the advertisers often regret what they have done to their face. One such person is Billy Gibby. He sold his “face billboard” for as much as $1,000 and as little as $75. Now he is trying to raise $4,000 by applying tattoos on his body to remove the ads on his face.

Eric Hartsburg was paid $15,000 by using his face skin for a Romney/Ryan tattoo during their election campaign. He later said he regretted his decision.

Many people give a lot of thought before they get a tattoo any place on their body. Perhaps much more consideration should be given before getting a face tattoo.

Ready For A Face Tattoo?

At our shop, you will find the most talented tattoo artists in South Florida, Visit one of three locations in Miami and get your face inked! And do not forget to follow us on our Instagram page for a chance to win a $1,000 tattoo.