Japanese Tattoos Are Not Only For Yakuza Gangsters

Home/News/Japanese Tattoos Are Not Only For Yakuza Gangsters 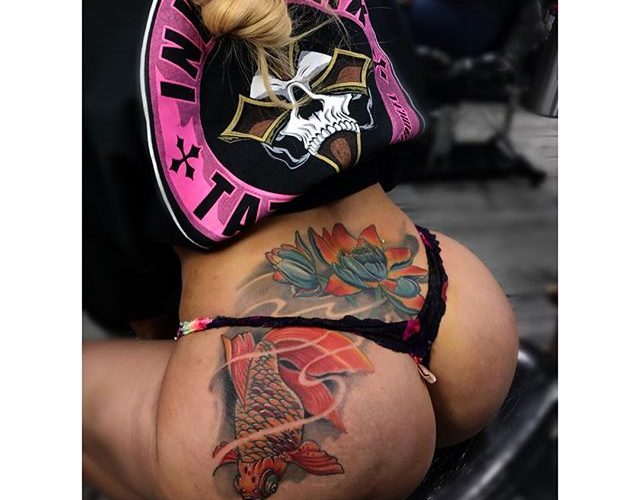 Japanese Tattoos Are Not Only For Yakuza Gangsters

How these Tattoos Started?

The Japanese tattoo has a colorful and exciting culture. Each of these Japanese tattoos reveals a person’s status in society. These indelible skin marks may look disgusting to many people. In Japan, the punctured symbols can be open or surreptitious making them very intriguing. Early tattooing in Japan was done manually complete with history, rich culture and various insinuations behind the multihued images.

Tattoos in this country represent multiple meanings with some people believing that this bizarre-looking symbol served as a talisman and symbolized devotion. Varied designs protect the person from physical harm. Ancient Japanese culture propagated the idea that tattoos served as a form of punishment. However, the art evolved to a great extent, and modern Japanese consider it more as a fad.

Tattooing for decoration and spiritual rituals go back to the early Stone Age or around 10, 000 BC. Certain academic scholars said standard cord-marked models on the body and face represented tattoos, but not many people accepted this point of view. Meanwhile, some Chinese visitors in Japan believed the designs had spiritual meaning and demonstrated status symbol. During the Edo Period from 1600 until 1868 AD, the character of tattoos in Japanese civilization ebbed and flowed.

Tattooed markings still stood for chastisement or punishment although minor trends started to emerge. The belief becomes final only after lovers put their hands together which also came and left. Japanese ornamental tattoos grew into a progressive form of art known today. 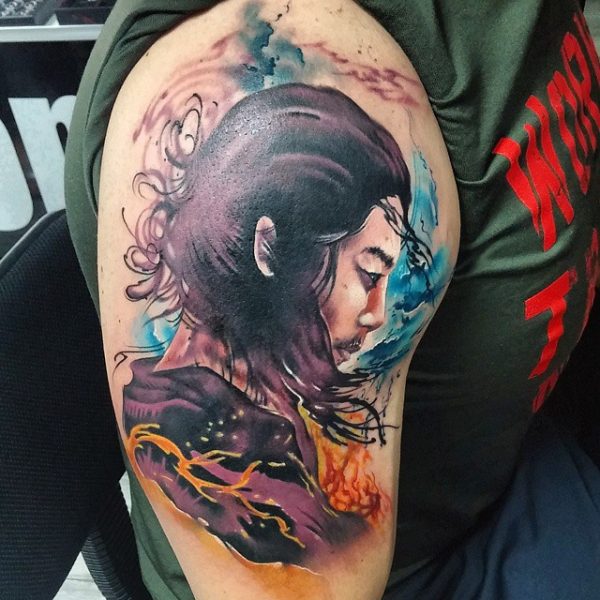 Japanese tattoos have become fashionable among teens in Japan and Asia due to the influence of Westerners. Nonetheless, it was not easy to find a tattoo outlet in Japan back then except for tourist-friendly places or US military bases. Things have changed. Kunihiro Shimada, Japanese Tattoo Institute disclosed there are approximately 300 tattoo artists in this country owing to the government’s censorship for many years.

In 2012, the Osaka City mayor Toru Hashimoto tried to convince private companies in firing employees who sported tattoos. This move was received by the public very well and supported by business owners. Later on, interest in this craze picked up once more, and customers started bringing their patterns to the artists. Eventually, electric machines performed the skin drawings with the ink injected into the apparatus or the tip of the needle dipped into the liquid.

People praised Japanese artists for their ingenious work despite being quite expensive. In fact, Japan has turned out as one of the best countries to have these multi-colored characters. Unlike the Western-style of tattooing, Japanese tattoos are made by so-called Irezumi designers. The process is as excruciating and costly as well as time-consuming. Traditional body suits cover the chest, back, arms, and upper legs but leave the area down the center of the trunk without any markings. 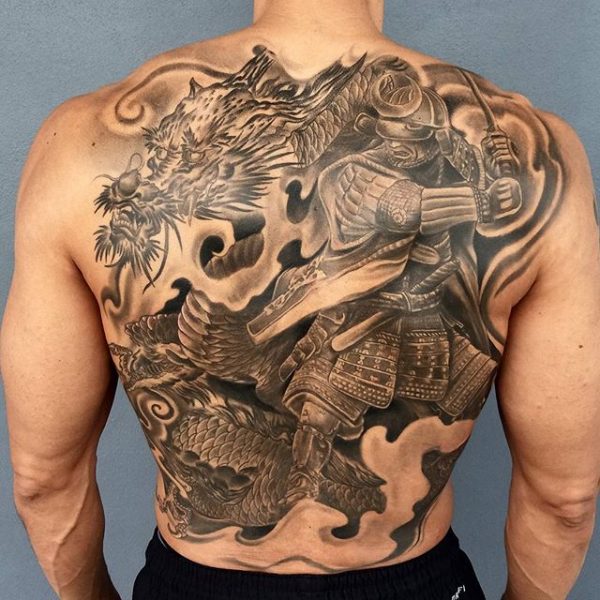 The Japanese procedure can take from one up to five years and requires numerous visits before completion. Tattoos can cost as much as US$30, 000 or more. The Asian technique is formal compared to the American or European approach. Irezumi experts take time to discuss with clients appearance and maintain the right of refusing service. These craftsmen utilize metal needles and handle made of wood connected through silk thread rather than electric contraptions.

Japanese drawings follow different styles that frequently express individual philosophies or values, desires or character traits. Certain representations are scary and dazzling at the same time. There are beautiful drawings that highlight a blend of colors to make them look sexy but stylish and smart. This kind of tattoo is ideal for the female gender and resembles a work of art.

Dragon tattoos symbolize power, prosperity, and fierceness. Dragons are viewed as harmful but may see them as guardians. The Japanese style consisted of numerous features and known for beauty with a graceful composition that extends to other body parts.

Pain, bleeding, staining, and swelling is familiar to those who get tattoos on their bodies. But, these are not symptoms of severe complications. Try to minimize intake of coffee, aspirin, and alcoholic beverages until the soreness has healed completely. The person may also feel burning and other repulsive sensations. These feelings are also reasonable.

Tattoo artists undergo extensive training for many years under the guidance of masters. In many cases, the pupils live in the master’s abode and spend time cleaning the art studio, observe the actual piercing, practice on their skins, and fabricate needles. Apprentices also mix inks and copy designs from the book of masters before tattooing real clients. In other words, these novices must learn all the elaborate skills meticulously.

Wearers of these traditional skin ornamentations preserve the secret art since the body marks remain as signs of the underworld until this very day. Even then, tattoos are not only for criminals and the Yakuza.

Learn more about our Japanese Tattoos by visiting our photo gallery  You can also follow this link on Wikipedia for more in depth information.